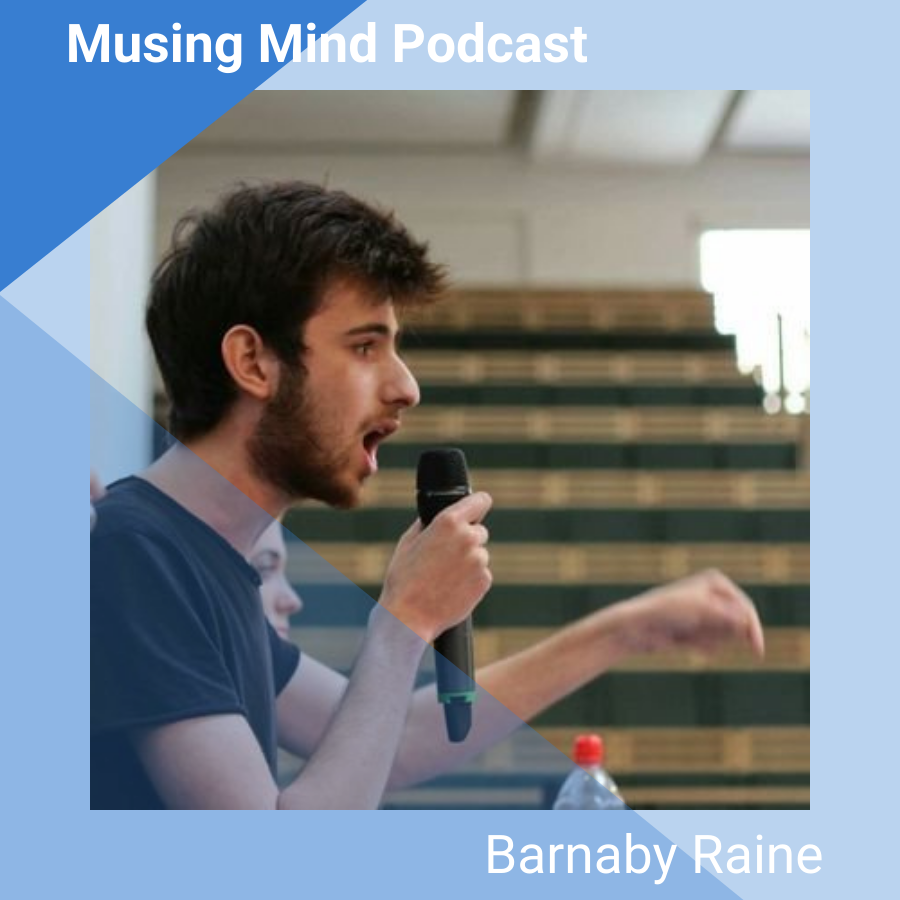 Capitalism and the Self

with Barnaby Raine
Or, listen elsewhere:

In this conversation, intellectual historian Barnaby Raine joins me in a wide-ranging, encyclopedic, and wonderful conversation about capitalism and the self.

Barnaby is working on his PhD at Columbia, where he studies the end of capitalism in social & political thought since Marx, with a focus on ‘the problem of transition’: the challenge of seeking to move beyond a system upon which our lives still depend.

Barnaby is also a teacher at the Brooklyn Institute for Social Research, where he taught a course on “Capitalism and the Self”, which I took and loved, the content of which is the topic of our conversation today.

Our basic question is this: how has capitalism, throughout its history, produced not only goods and services, but our subjective experience, our sense of what the self is and how we relate to other people?

Barnaby walks us through the intellectual history of this question, from Rousseau, to Dukheim, Lukács, Adorno, Horkheimer, Marcuse, Foucault, Fanon, and finally, into the present.

This is a long (3 hrs) conversation. It’s wonderful in its entirety, but if you’d prefer to jump to specific topics, there is a detailed time map below that can point you to specific segments.

8:11 - What does ‘capitalism’ have to do with the ‘self’? How does the tradition of social pathology bridge these two?

Rousseau reframes the question of the Enlightenment. Rather than asking, “do we have a lot of knowledge, or culture?”, Rousseau wants to ask: “are we free?” Are we collectively autonomous, subject to conditions we design, or are we kept under the arbitrary rule of powers over which we have no control?

20:30 - Freedom, for Rousseau, shapes the production of individuals. Different kinds of people get produced under conditions of freedom or unfreedom.

24:30 - What is the relationship between Rousseau’s view of private property changing the kinds of humans we become, and Marx’s so-called ‘materialism’ that ostensibly saw consciousness as the byproduct of social relations, such as those formed under capitalism?

Rousseau’s question: how do we render our interdependence - which is a byproduct of private property - a condition for our collective flourishing, rather than oppression?

What Does Durkheim Mean by “Anomie”?

43:15 - Durkheim’s problem is not freedom, as was Rousseau’s, but the ‘anomic dislocation from the social whole.’

Capitalism creates the possibility for a radically superior form of life, & then curtails that very possibility.

Lukács on why, and how, capitalism expands

1:04:10 - What is so new about this phenomenon? Barnaby makes use of Robert Brenner’s distinction: markets have existed throughout history, well before capitalism. The distinctive feature of capitalism is market dependence, rather than the existence of markets.

How The Culture Industry Cages the Individuality Made Possible by Capitalism

1:11:30 - Capitalism creates individuality, and yet simultaneously destroys it through channels such as The Culture Industry. Individualism ends up producing its opposite.

Marcuse vs. Freud: Can the Reality Principle Evolve with History? Is Modern Work Necessary?

1:38:00 - New technological and automative capacities could make work feel more like play, reconciling a conflict that Freud claimed was inherent & eternal in all civilization. Marcuse believes a society with far less repression is more possible than Freud admits, but would require transformed social relations beyond capitalism. In Freudian terms, Marcuse believes the ‘reality principle’ itself is subject to change.

1:46:00 - The Culture Industry essay was the highpoint of Frankfurt School pessimism, whereas Marcuse’s Eros and Civilization was the high point of its optimism.

1:55:50 - Foucault establishes a distinctive tradition for thinking about neoliberalism offers a new understanding, slightly different from ‘Marxist’ questions about the class power of capitalists and historically ‘idealist’ studies of the sway of influential economists such as Milton Friedman and their policymaking brilliance. But Foucault’s questions and these ones are by no means mutually exclusive.

“For neoliberals, as Foucault reads them, the work of rendering labor abstract is not just a material fact of capitalist production, which is how Marx had read it. It’s a discursive error of neoclassical economics.

Thus, neoliberal economics develops an interest not only in macroeconomic variables (balance of payments, etc) but microeconomics questions around a new term: human capital.

Economics becomes less about exchange, as Adam Smith saw it, but production, in the neoliberal flavor of human capital: the production of the self as an ever-increasingly efficient economic agent.

Foucault wants to expand our understanding of what counts as ‘political’. Rather than seeing the state, the government as the sole locus of power that is to be contested, he invites us to see the ‘mesh of power’ that exists all around, in all forms of social institutions - universities, hospitals, factories, asylums, academia - and therefore presents an expanse of potential spaces for contestation, for refutation of injustice and enactment of new power dynamics.

For Fanon, the point of freedom for any particular group was the freedom of all groups. The point was not to create a fragmented society of isolated sub-groups, but to culture sufficient freedoms for all such that every subgroup could interact in conditions of freedom, and work out more universal values together, as equals.

“To say that Plato is white, and so, you must form a national culture as a black person that celebrates African philosophy in opposition to Plato, is precisely to do the work of racialization…Fanon seeks to obliterate the construction of people as black and white, which he thinks has subjectivated in oppressive ways both those constructed as white and those constructed as black…and he wants to get over that in order to form the possibility of a common humanity.”

From the Past to the Present

2:39:10 - How has digital technology and the internet changed the relationship between capitalism and the self?

“The idea of technology as offering this incipient liberation which is going to transform everything is a cyclical narrative.”

2:48:30: What would an economy look like that used its connection with the self as a leverage point to explicitly design better selves. If we can’t do away with the connection between economies and consciousness, what can we do to make that relation a force for flourishing, rather than oppression?
2:52:20 - The liberal view that defines freedom as non-interference, as the simple absence of explicit coercion, is a view that drives us to see each other as the limitation rather than the realization of our freedom.

2:55:30 - How the language and conceptual framework of ‘social pathology’ helps us move beyond the all too common victim/villain binary.

“We should have a way of talking about social structure as the producer of particular kinds of agency, while nonetheless understanding agency as deeply powerful and meaningful and important in the world.”

Links from the conversation.

Receive new episodes & related musings by joining the newsletter community. If you’d like to get in touch with me, you can reach me on Twitter, reach out to join the Discord, or contact me directly through this site.